You are here: Home » Going Digital » Computer Control » The Computer - The 'Other' Operator

The Computer - The 'Other' Operator 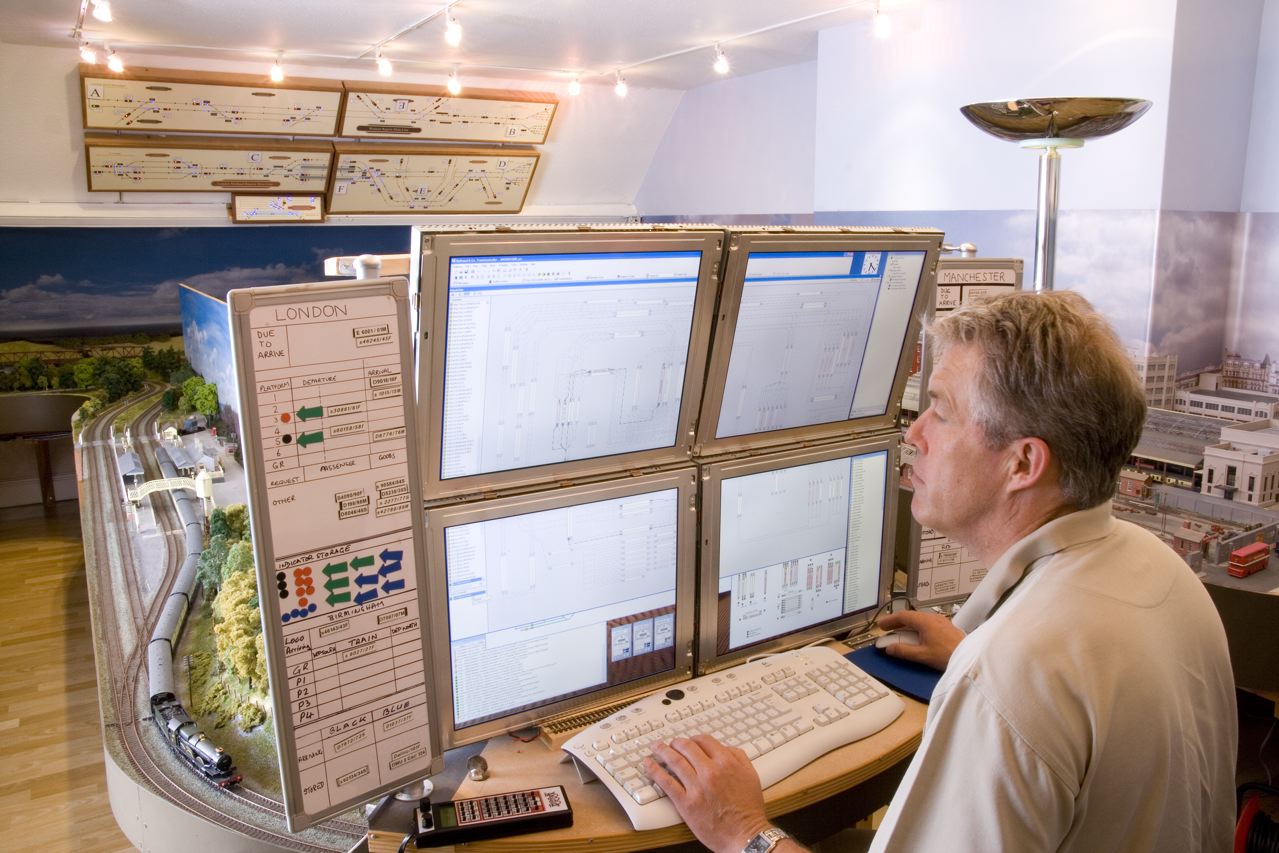 It was originally envisaged that the McKinley Railway would be run completely through a computer and Digital Command Control (DCC) with the exception of certain areas that would be controlled manually (using DCC). That meant it would always be fun to operate!

What computer control has created for us is a truly realistic operational experience in which manual control of station areas, goods yards and sheds can still go on (with all its associated banter between team members!) while mainline trains, under the control of the computer (Mainline Driver), can still run reliably.

With the introduction of lights and digitally-controlled sound this creates the atmosphere of a very busy railway.

The computer software understands the difference between an express passenger and a slow freight train, and it runs the trains under its charge at prototypical speeds, obeying signals and speed restrictions while remembering to stop at stations when appropriate.

The other advantages a computer gives us are that it is produces very fine control of sound, switches head code lights on and off at appropriate times, and ensures lineside signals display the correct aspect.

Whilst Train Controller can support any number of automatic trains, we have found the optimal number of trains that can be run automatically is between six and eight. This is because the design of the layout means it becomes congested above that number, especially in the two areas where the red/green and blue/black mainlines intersect.