You are here: Home » Going Digital » Computer Control » The Basics

For Train Controller to run trains it has to know where the blocks are, and how they are connected. A block is a section of track through which a train may pass or stop for a period of time safely without impeding junctions or other trains. 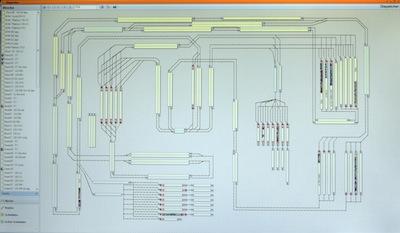 The first step is to draw the track plan in a ‘switchboard’ window, add all the points and match each one with the digital address of the real point on the layout. The next task is to superimpose blocks on the computer track plan. This might be a fiddle yard, a siding, a station platform or simply a stretch of mainline.

To allow Train Controller to monitor and control the movement of trains it has to be able to ‘see’ what is happening. It does this by monitoring the many track sensors which are located all over the layout; we have found that it works resiliently with two sensors per block. 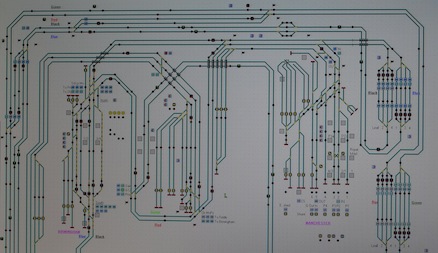 The first (a current draw sensor) indicates that a train has entered a block, and the second (a positional infra red detector) is used to stop the train at a fixed location. We also put sensors into junction areas so that Train Controller can see when a train has moved out of the junction allowing it to safely set a new path for another train. 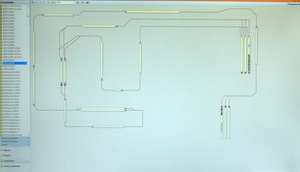 The final aspect is to configure a path from one location to another in a "scheduler”window.

In order for TrainController to run trains at realistic speeds on a journey (or ‘schedule’ in Train Controller terminology) it needs to know the speed characteristics of all locomotives. These are called speed profiles. We create a speed profile by running a locomotive backwards and forwards to calibrate the throttle setting with scale speeds.