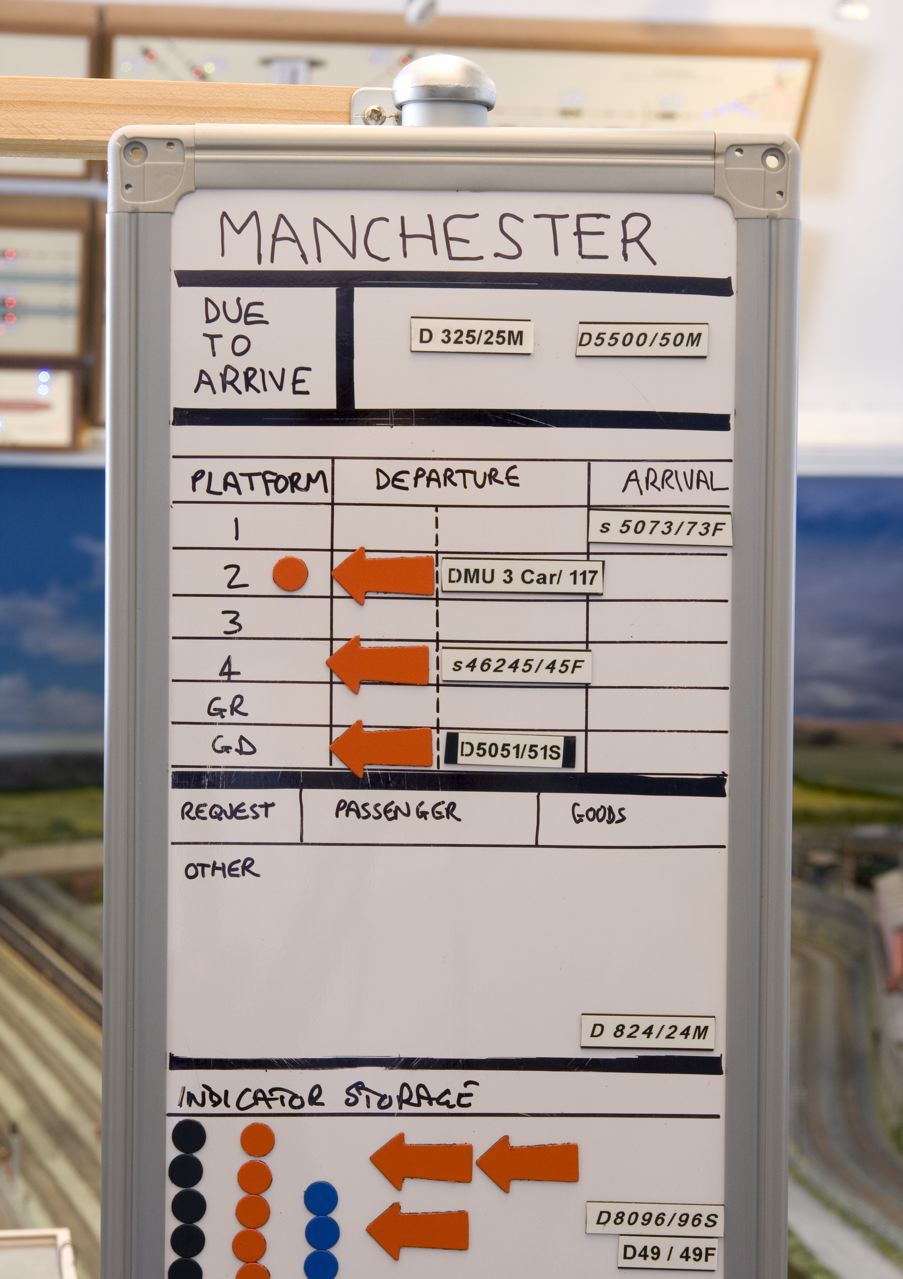 Our original solution saw station manager prepare a train and then manually update a magnetic whiteboard next to the control desk at the end of the peninsula in the middle of the main layout room. This information included the engine number, and an arrow to indicate its direction of travel.

The direction of travel often confuses the operators and is one of the few drawbacks of digital versus analogue control. For steam engines the direction is obvious, but for diesels we chose a convention that the fan end of the diesel loco is always at the front. But then someone invented the Warships, Westerns and Deltics!

When we moved the control desk out into the hall in preparation for the construction of the layout extension it became physically impossible for every station manager to update the whiteboard. We had quite a few people collisions!

The Control Desk in its new location

So we migrated to an interim solution using mini whiteboards at each station which allow station managers to keep track of movements within their area of responsibility, and introduced a phone system to allow communication with the person running the control desk. 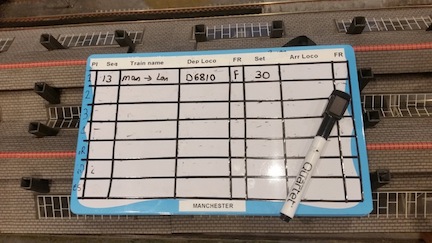 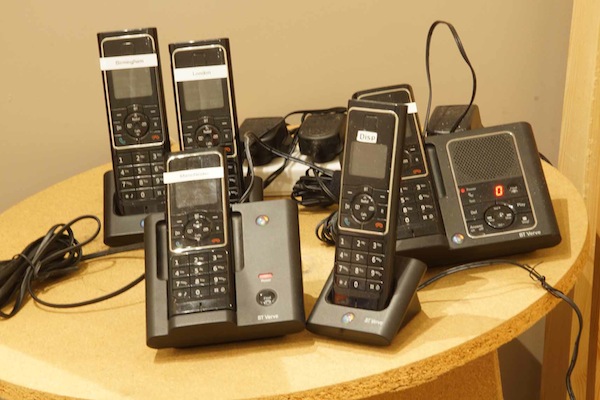 This method of working proved very popular and cemented the way forward for a tablet-based version. This will see a new real-time database system being developed, and will mean the whiteboards and telephones are no longer needed, with all communication done via wireless tablet.

We are very excited about how this will transform the operational aspects of the McKinley Railway. You can read more about the system here.