The Train Controller software detects trains in blocks by sensing the current that every locomotive (and resistor-equipped carriage or freight wagon) draws through the track, even when it is stationary. Each block's wiring passes through a device which then sends out an occupancy message across Loconet to alert other devices that a train is present. The control software can then issue other commands based upon this occupancy knowledge.

Occupancy, or block, detection provided by the feedback devices below, are the eyes and ears of computer control.

Two forms of feedback detection are used per block on the layout. The first is the Digitrax block occupancy system, BDL168 (left). 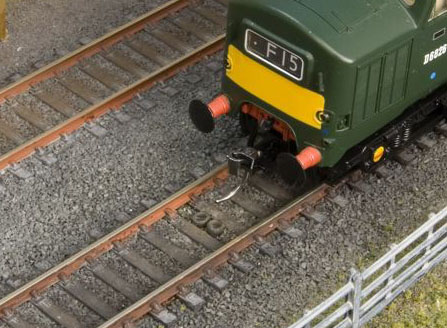 The second is Heathcote Electronics' infrared detectors (right) for accurate stopping of trains, sometimes in front of signals, before the end of the block. 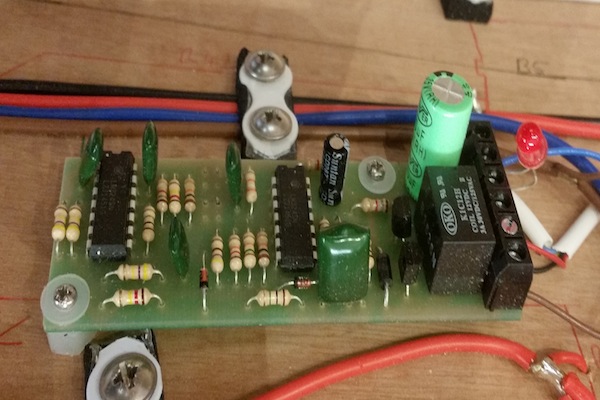 These devices, which are often known by the acronym IRDOT (Infra Red Detection of Trains), are usually positioned below the baseboard facing upwards. A small hole is drilled through the baseboard and ballast which allows a narrow infra red beam to be projected upwards. When it strikes an object, in this case a passing train, the beam is reflected back downwards to the IRDOT which then sends out an occupancy message.

A train can thus be stopped at a very precise location using an IRDOT, which makes the device a happy bedfellow for the current draw- based BDL 168, which measures occupancy in an entire block then than in a specific location.