With any layout, and especially with a large layout, careful planning of the power requirements and how they are supplied is vital.

Power districts safeguard different operating areas from each other. With lots of trains moving around the layout, if one short circuits the entire system will shut down, affecting everyone else who is operating, not to mention any damage to electronic components which might result.

But if the layout is electrically isolated into separate power districts if one district suffers a short circuit then other districts can continue operating as normal.

Engines or other rolling stock requiring power will all draw current, so a booster (Digitrax DB150 or DCS100 in our case) is added to the overall system to provide additional power to a designated area. A power management device (Digitrax PM42) is installed to manage the power distribution in that area. This provides short circuit protection so the brains of the system, the command station, doesn’t shut down if a problem occurs. 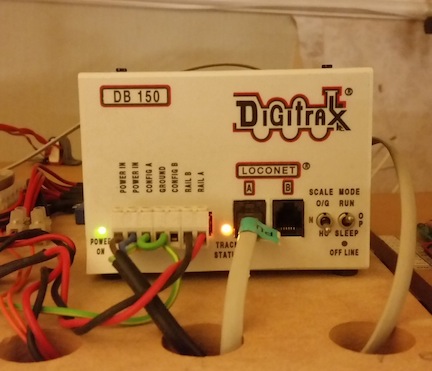 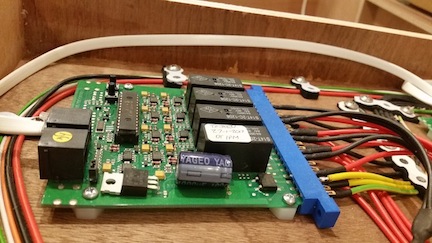 Using a device to control power management also makes fault diagnostics much easier, as you can immediately tell in which district a fault has taken place. Believe us; this can save you hours of needless frustration!

As far as power consumption is concerned we use a basic rule of thumb which states:

The original McKinley layout doesn't present too much of a problem as realistically only a maximum of eight trains can run on the mainline at any one time. The number of trains stored at each station is unlikely to exceed 24, so it has been relatively simple to assign boosters to the different areas. 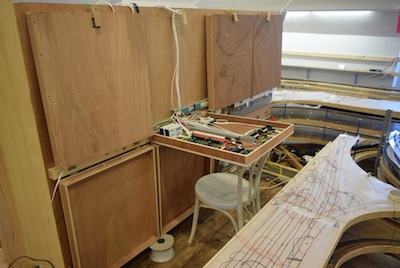 But the future layout extension will massively increase the layout’s overall storage capacity, and an extra 24 trains could comfortably be stored on each section of each of three hidden levels. So many extra boosters will be required to provide sufficient current.

8 trays in total for two thirds of the extension, each with a booster setup like the horizontal tray