The McKinley railway features real-world locations, and carries passenger and freight traffic over a wide area.

Our main stations at London and Birmingham were picked as representative large locations in the Western Region and Manchester for its position in the Midland Region. 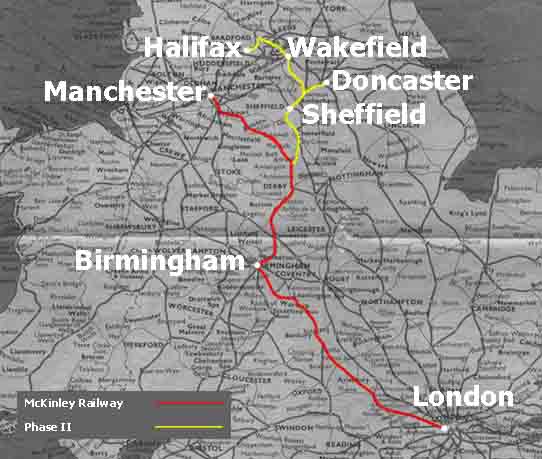 Operations in the past have largely focused on passenger movements between these three locations, with a significant amount of further automated passenger and freight traffic running in the background. However expanded schedules have been developed to bring in other locations which are not physically represented on the layout. 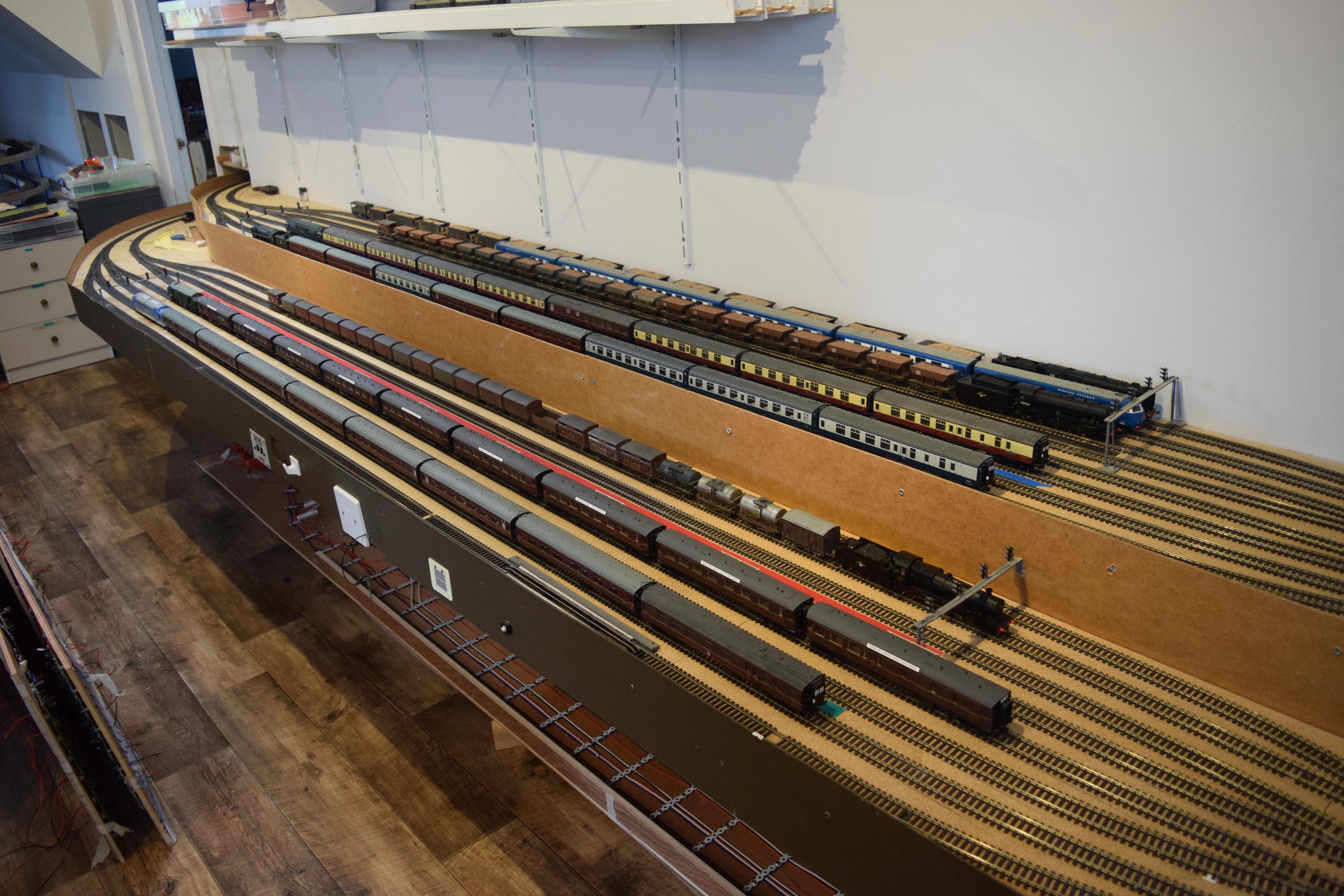 We achieve this by making better use of the off-layout Staging Yard. This provides 12 dual-ended storage tracks across all four mainlines, so trains can depart these, run around the layout to various destinations, and then return to the Staging Yard later in an operating session.

To put this into a real world context, this could see an evening parcels service running from Cardiff to Brighton via London, with Cardiff and Brighton both ‘virtual’ locations. The train would leave the Staging Yard (Cardiff) under computer control, travel through the scenicked part of the layout to London, be reformed and/or turned by a human operator, and then depart for the Staging Yard (Brighton), again under computer control. 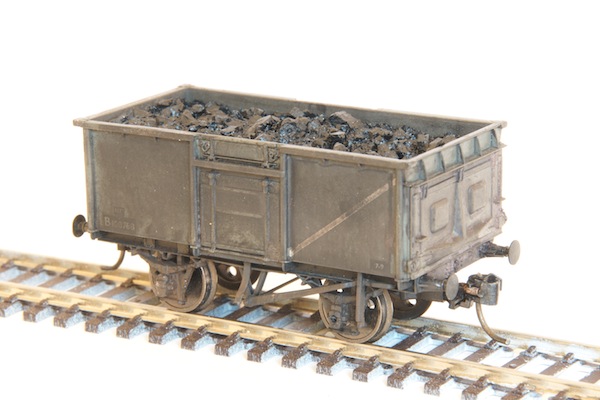 This vastly expands the operating potential of the layout. Some other freight examples might see coal traffic run from Derbyshire to the Didcot power station via Birmingham, 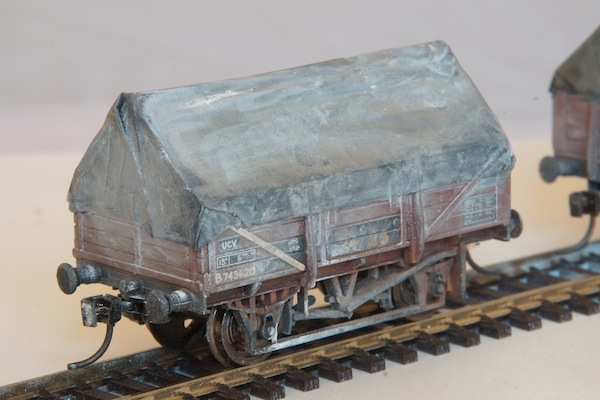 or china clay being moved from Cornwall to Stoke-on-Trent, again via Birmingham.

The permutations are endless.