Operating Birmingham is very different from operating London or Manchester. They are both terminus stations; Birmingham is a through station, with trains either running through without stopping en route to another destination, stopping before leaving again, or stopping at journey’s end because Birmingham is their destination. 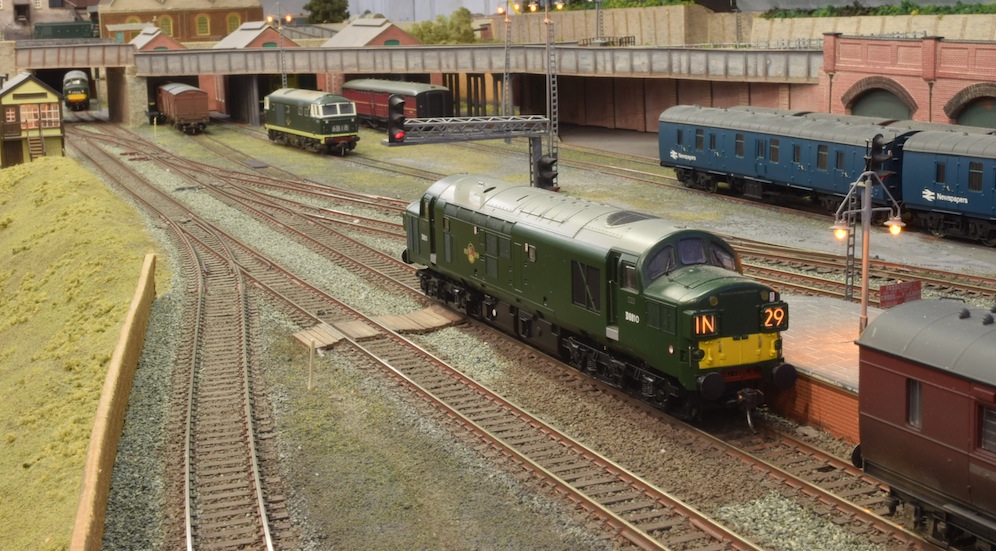 The latter scenario creates a set of problems for the local station crew, because arriving locomotives need to be taken off the train and potentially driven across all other mainlines before reaching the safety of the engine stabling facility. Then the reverse happens as a new locomotive is brought out of stabling and attached to the same train prior to departure.

While these complicated manoeuvres are taking place the mainline is out of action, which can cause serious logjams and thus major problems for the mainline controller.

And, as a final twist, Birmingham also differs from London and Manchester in that it has no turntable, so any new locomotive must be pointing in the correct directions when it leaves stabling; advance preparation of available stock is strongly advised, and can cause a real headache for the duty Station Manager.

Birmingham’s operators control the points around the station using a local control panel. Each panel is driven using DTM30 Tower Master boards from Signatrak. These boards connect to LocoNet and allow points to be controlled by toggle switches, and their positions to be displayed using LEDs. 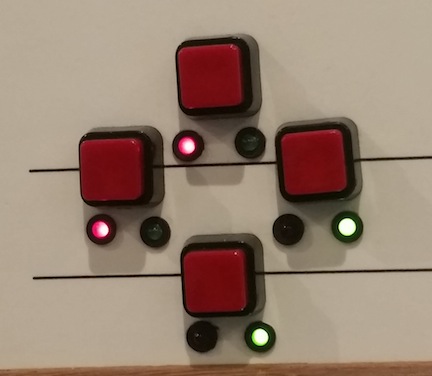 Crucially, the local panels (via their Tower Master boards) can interlock with the TrainController software. When the Station Manager releases sections of the station back to the computer using the buttons in the photo opposite, the operators are prevented from changing the points in that specific area; that would be dangerous!

But the station manager can take back local control when the computer has delivered or taken a train and thus resume station duties. While this “interlock” is in place, the TrainController software can’t drive trains through the area, so safety is assured!

While the majority of Birmingham’s traffic comprises passing passenger and freight there is also enough local action to keep the station’s two operators on their toes. 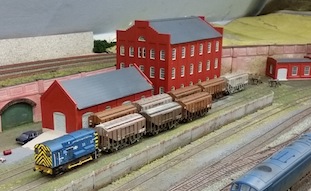 The principal local industry is the adjoining grain yard which sees a steady flow of traffic to and from the brewery at Manchester. Trains arrive empty from the north at an available platform, and then have to be manipulated across the main lines into the yard tracks behind Birmingham station. The train is then broken up and wagons shunted into the grain yard or adjacent storage sidings as required. Later in the schedule a new ‘full’ train is prepared for departure to Manchester, and the reverse procedure is followed.


The Grain Yard with grain hoppers being marshalled into position

A steady stream of local, or ‘stopping’, trains can also be seen at Birmingham, among them DMUs and shorter locomotive-hauled coach sets.

A view of the station from the retaining wall